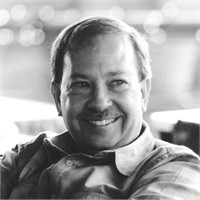 Born in 1952 in Oak Ridge, Tennessee. Mr. Willard earned a Bachelor of Science degree from the School of Business at the University of Tennessee, Knoxville, in 1975. Mr. Willard holds a Certified Financial Planner (CFP) designation from the College for Financial Planning, Denver, Colorado. He formerly served as Division Manager of a Fortune 500 subsidiary and successfully formed, operated and sold a private contracting company from 1981 to 1985. From 1985 through 1987 he was Vice President of Financial Planning Services with a local Broker/Dealer. In addition to acting as President of The First Financial Companies, he is securities licensed through Investacorp, Inc. He is also an independent General Agent for numerous Life Insurance companies. Mr. Willard is an advisor to many Boards of Directors in Central Florida.